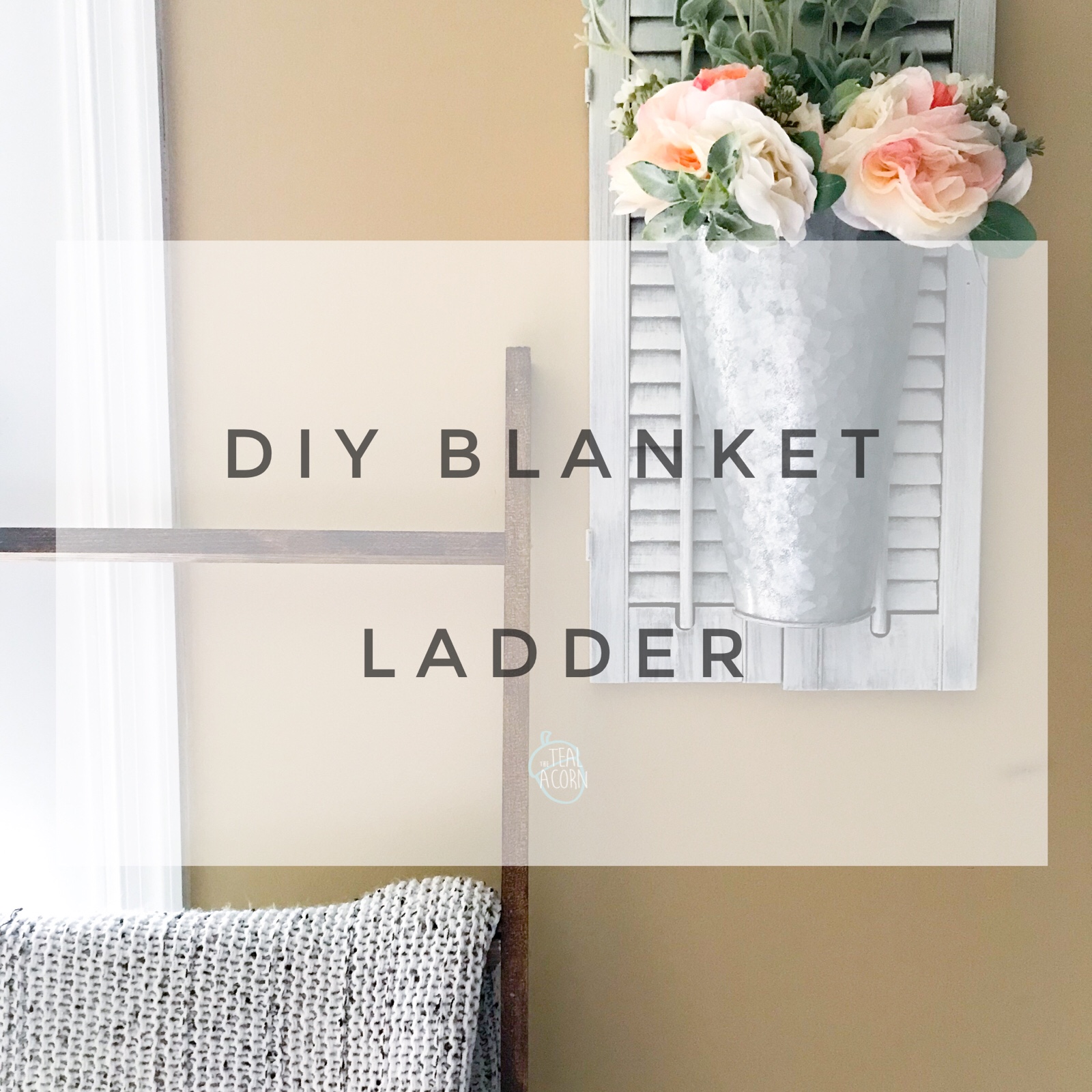 If you have ever shopped around for a blanket ladder, you will see that they can be pretty pricey. Some of the less expensive options I found didn’t have the greatest reviews (scratchy surfaces that would snag blankets, etc.), so I decided to give it a go and make one myself. I’m glad I did, because it turned out to be super easy and super cheap! 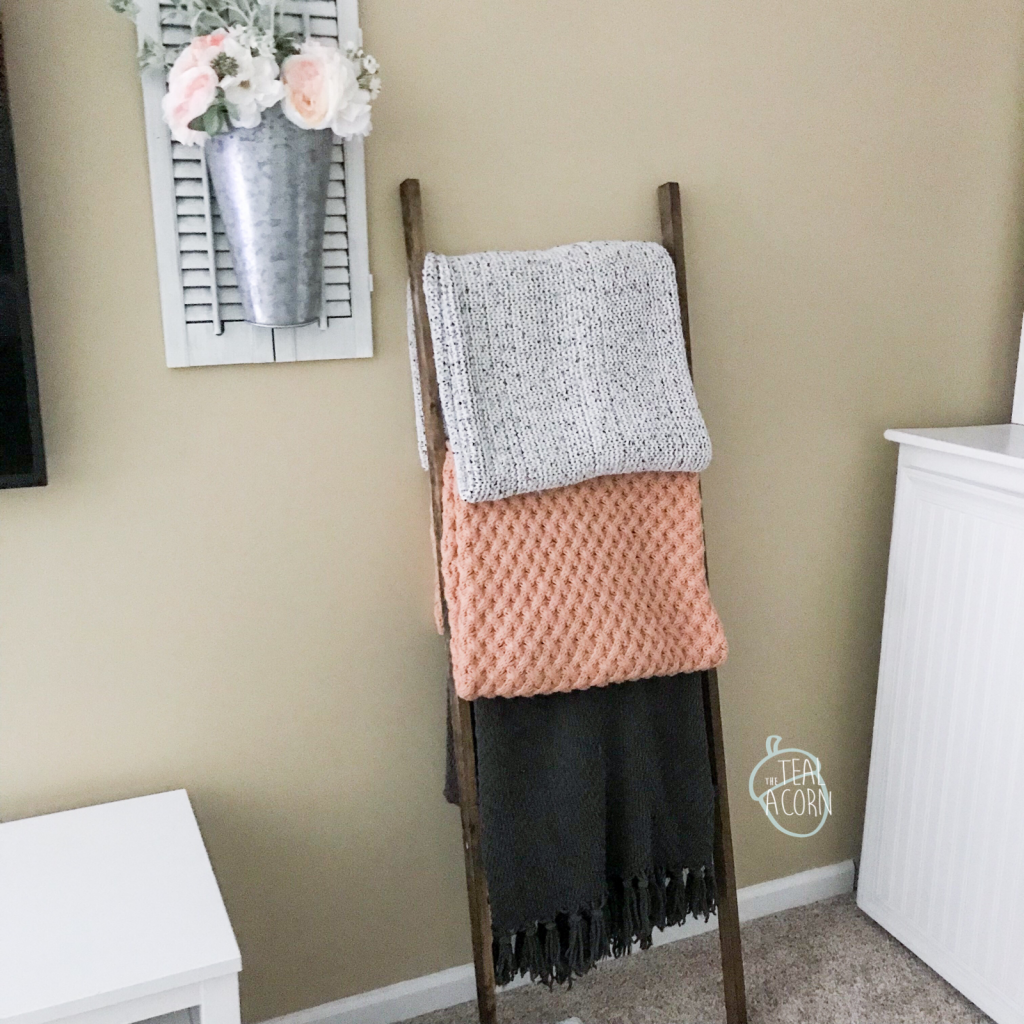 Here’s what I bought:

I had my pieces cut at the store so that they would a) fit in my car and b) less work and mess for me!

The board that was cut into 4 pieces… I told them to cut it in half and then those in half again. I did that because if they were all cut to 18″, my last one would have been a tad too short due to blade width.

I stained the boards with Minwax Dark Walnut stain. Sidenote- I have this huge gallon can of stain that I got for $5 years ago from a Sheraton Williams clearance table. It has been my go to ever since!

Next, I laid them out and figured out where I wanted them. 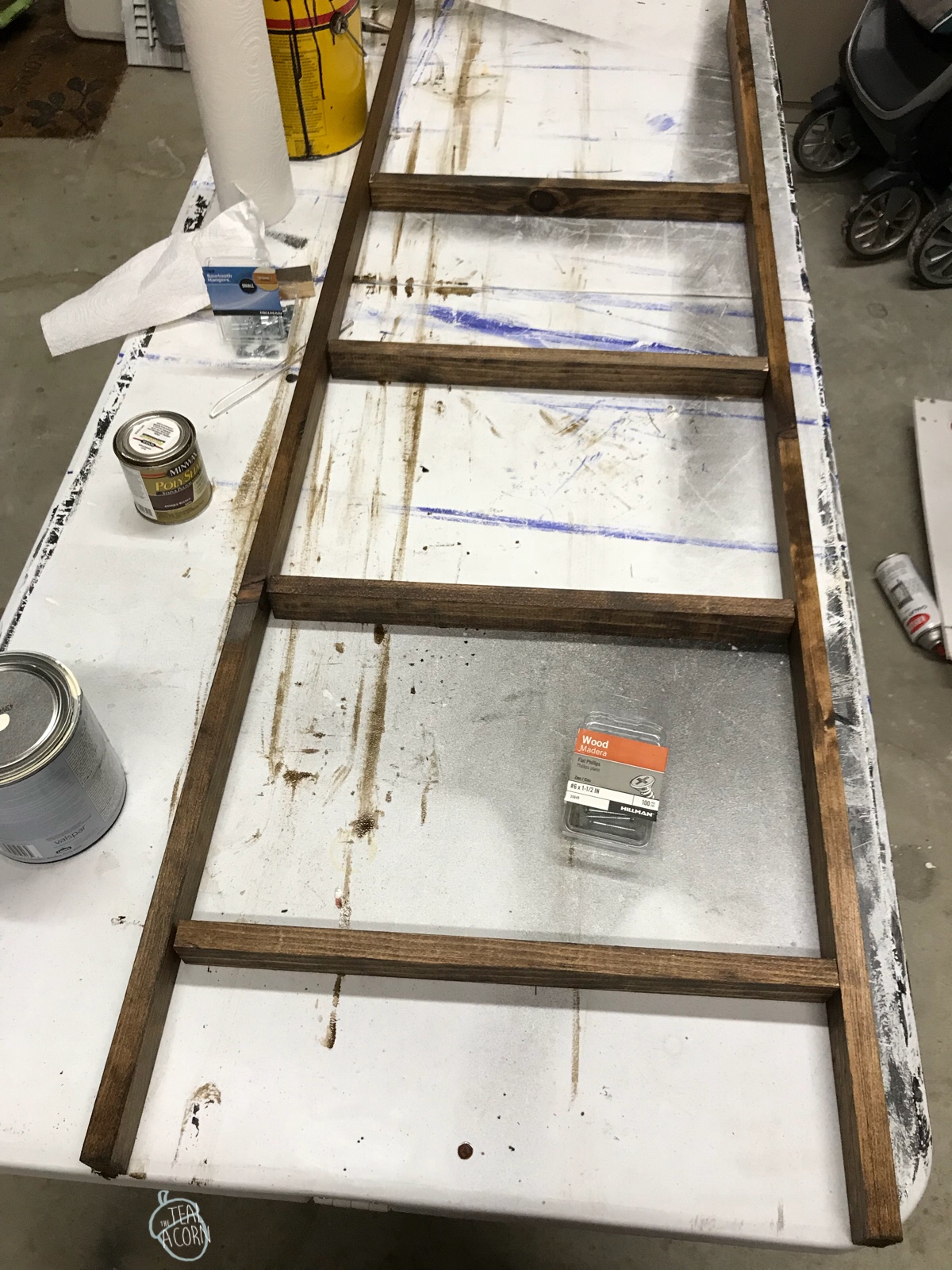 Here are my measurements for where they all landed. (It looks a little skewed from the angle) 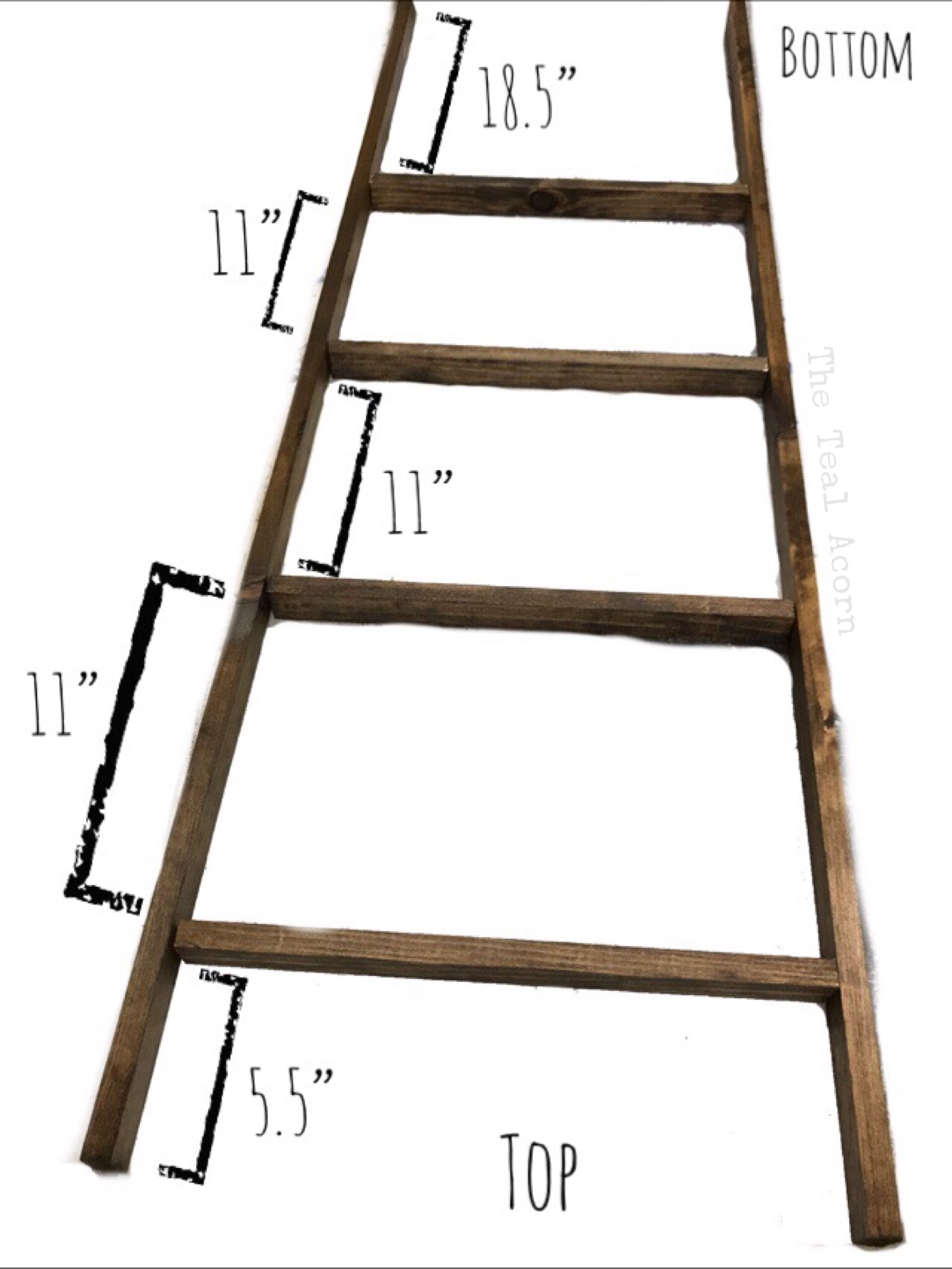 The next part that I did is completely optional. I wanted to have my ladder rest flat against the ground when it was leaning, but this is what it looked like: 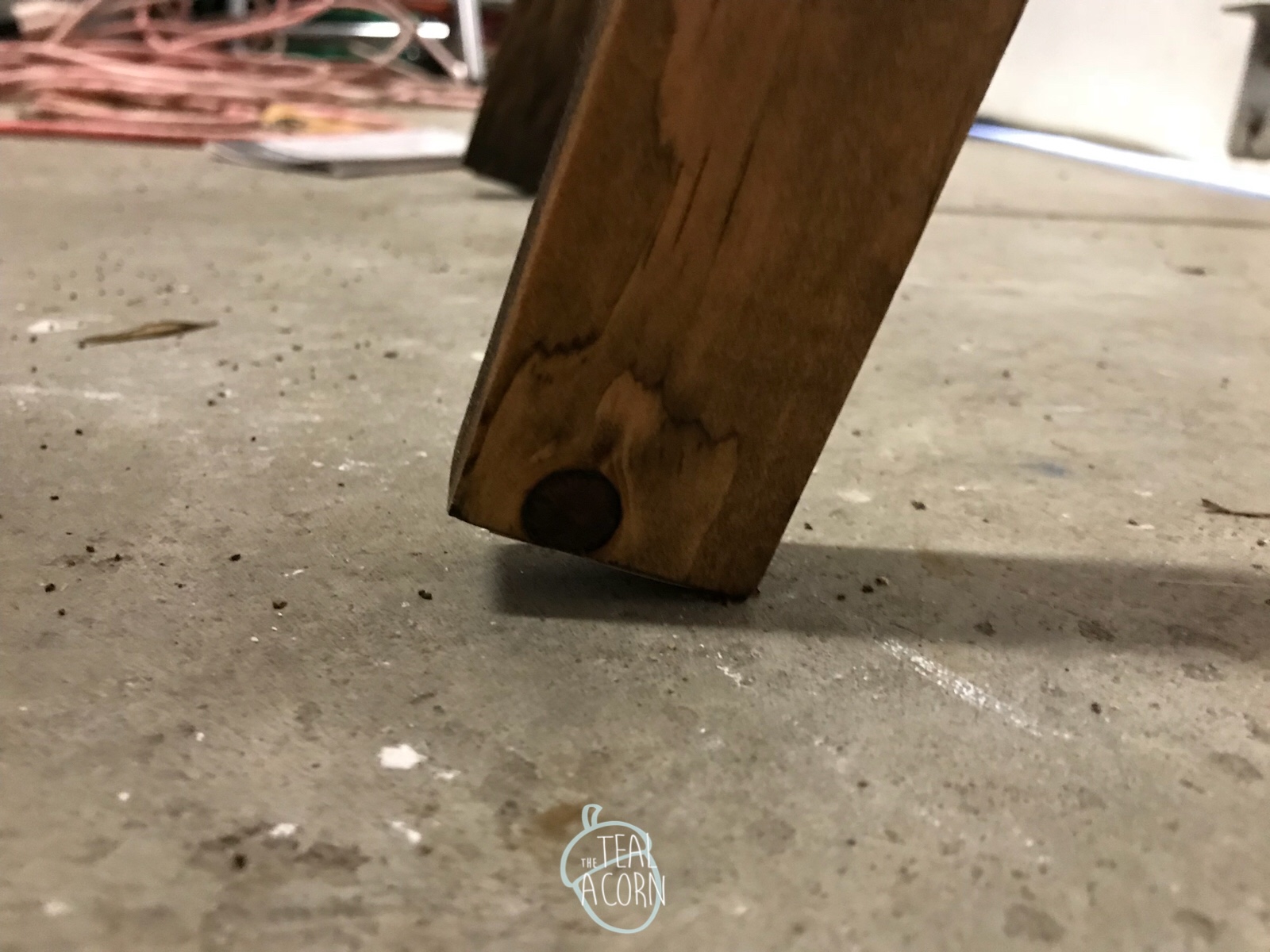 So I took a piece of wood (you can use anything flat), and used it as a guide for where my cut should be. 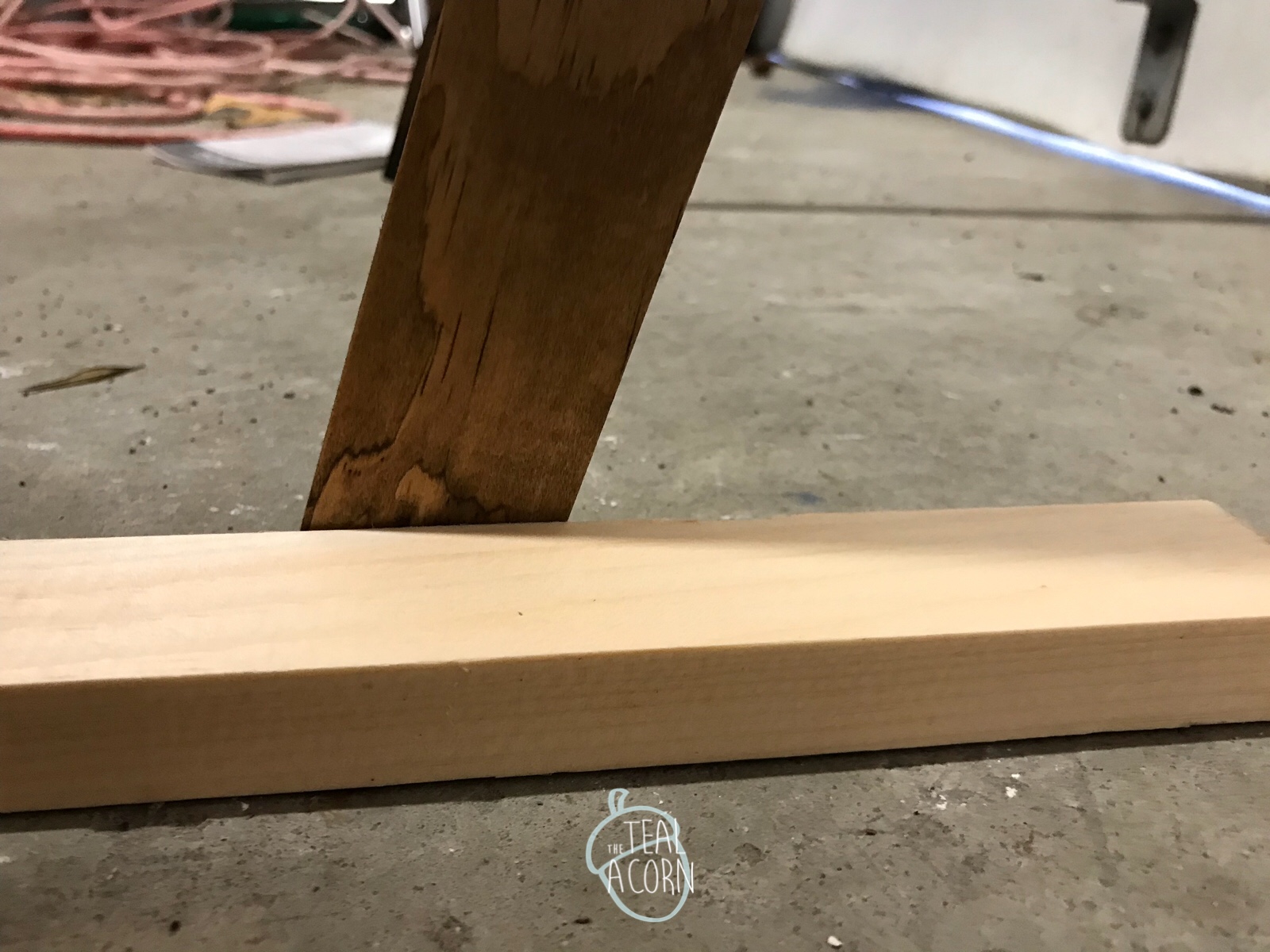 After cutting it, it made it have a flat base for the ladder. 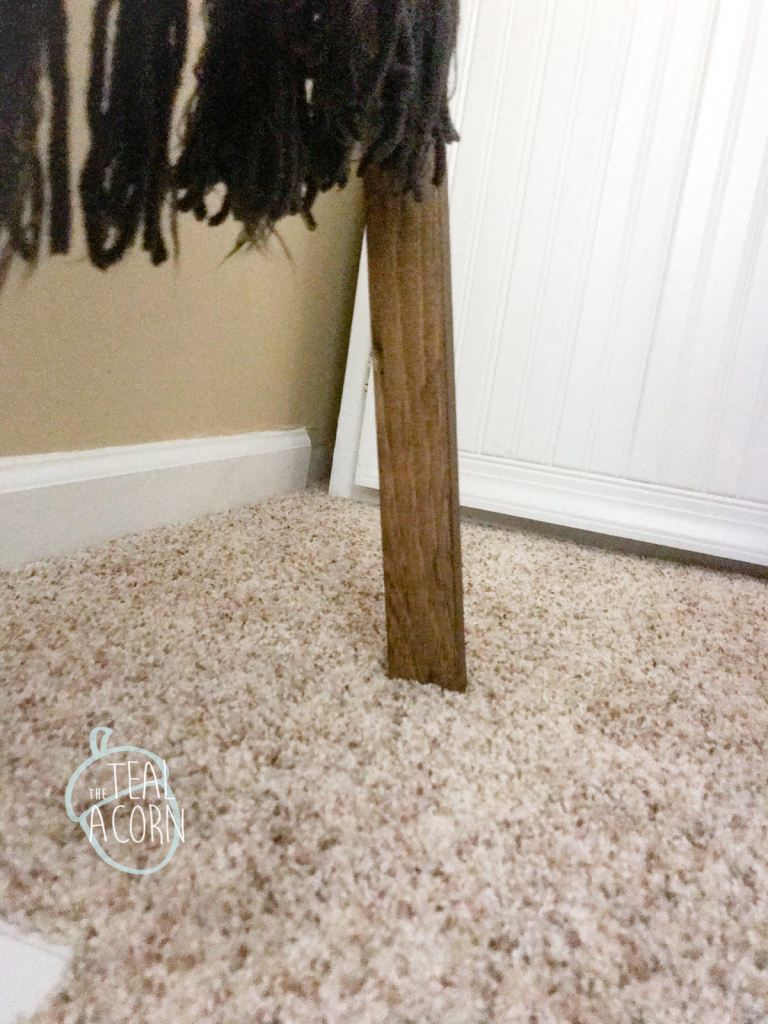 I had to fill in the screw holes. 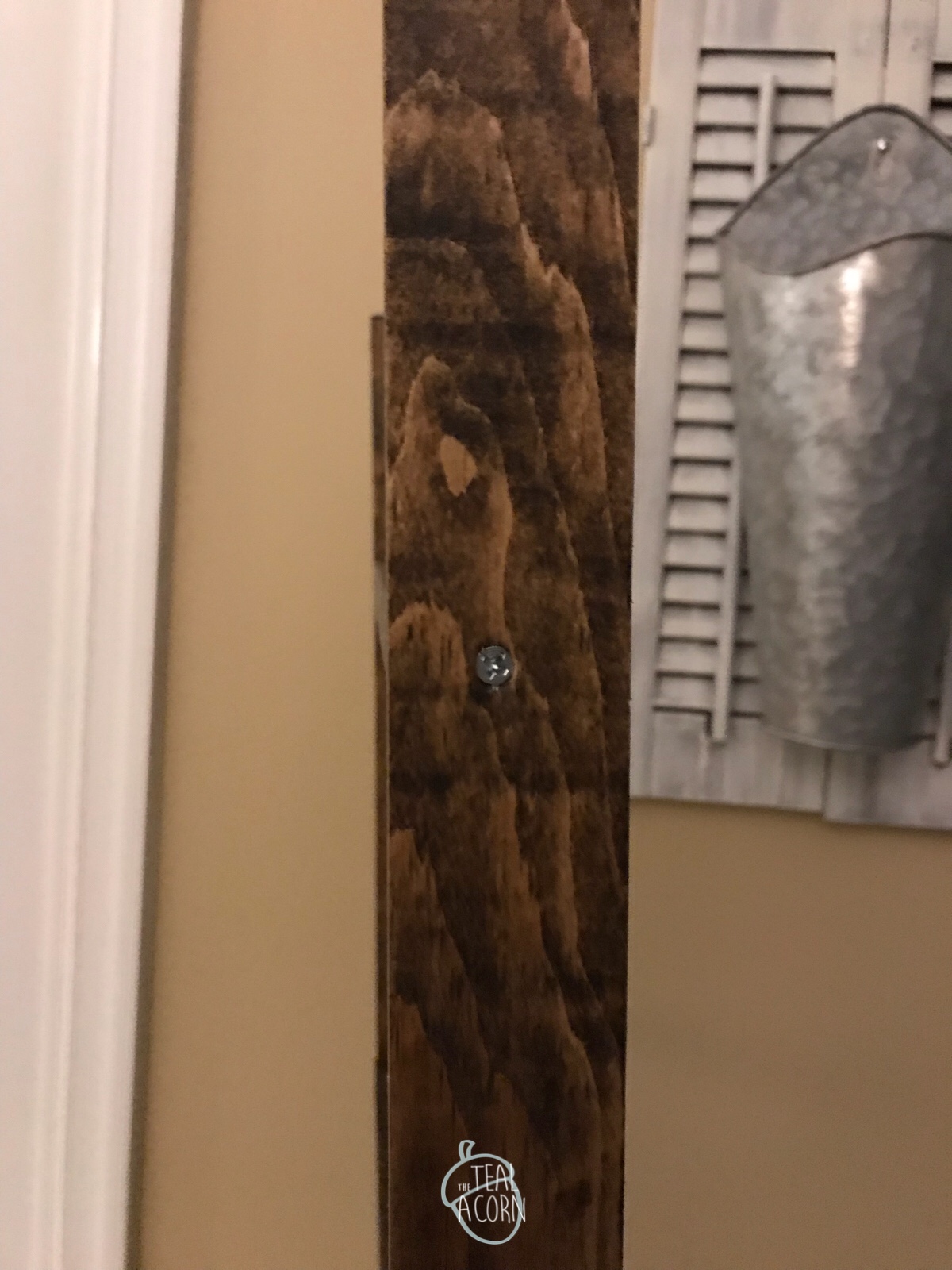 I used a stainable wood filler. 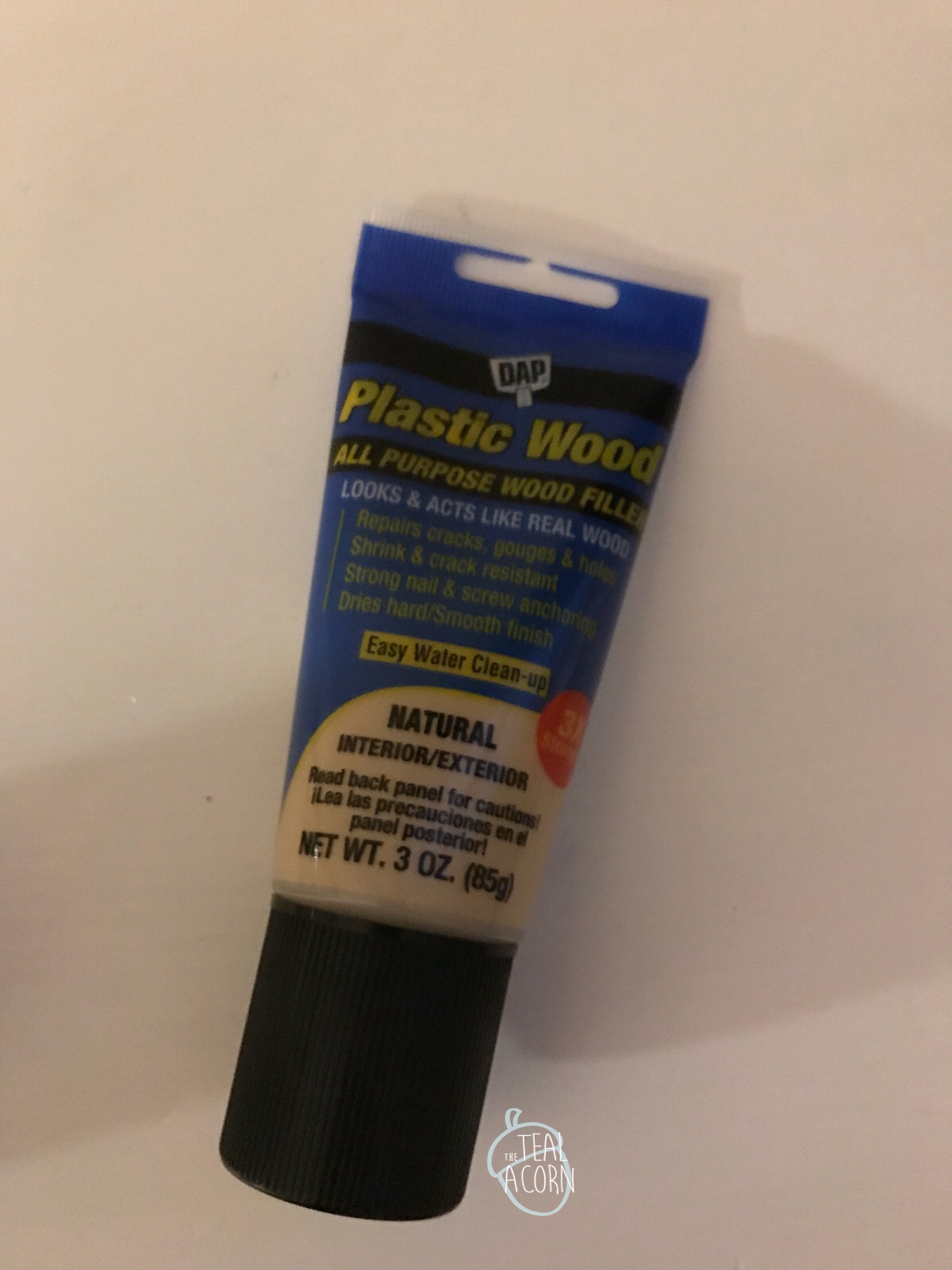 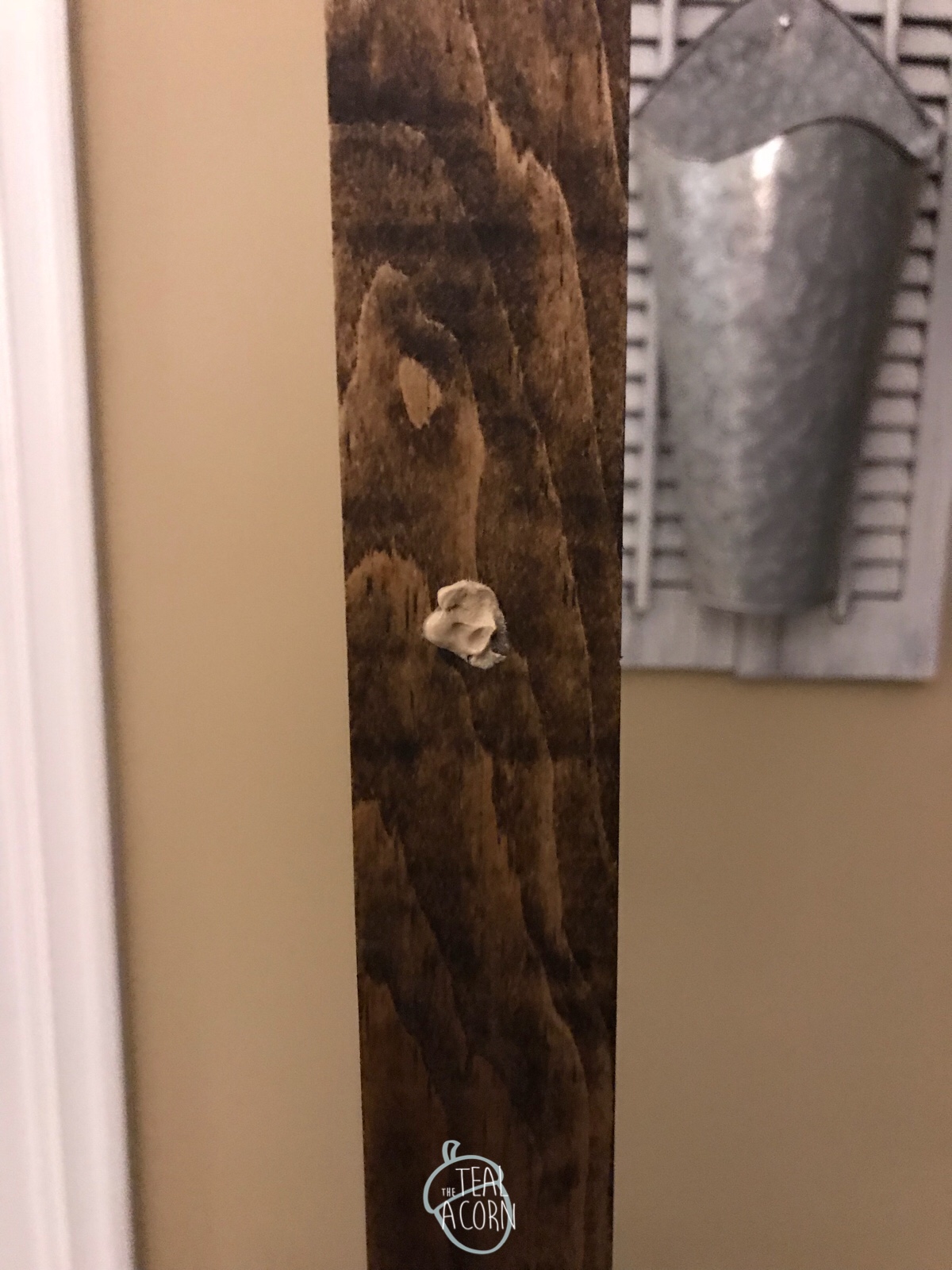 All in all, it was a super easy project that was less than $20! 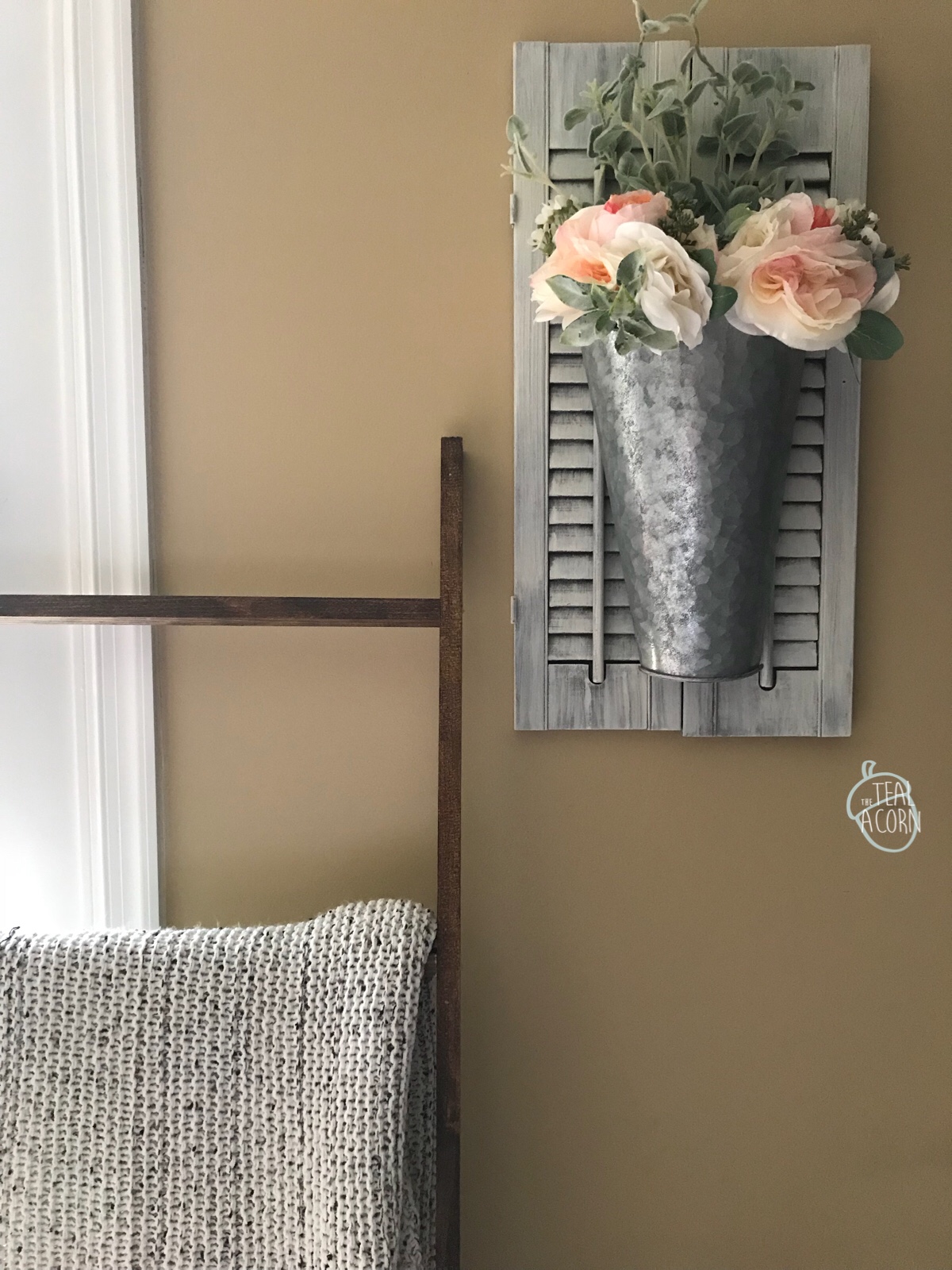 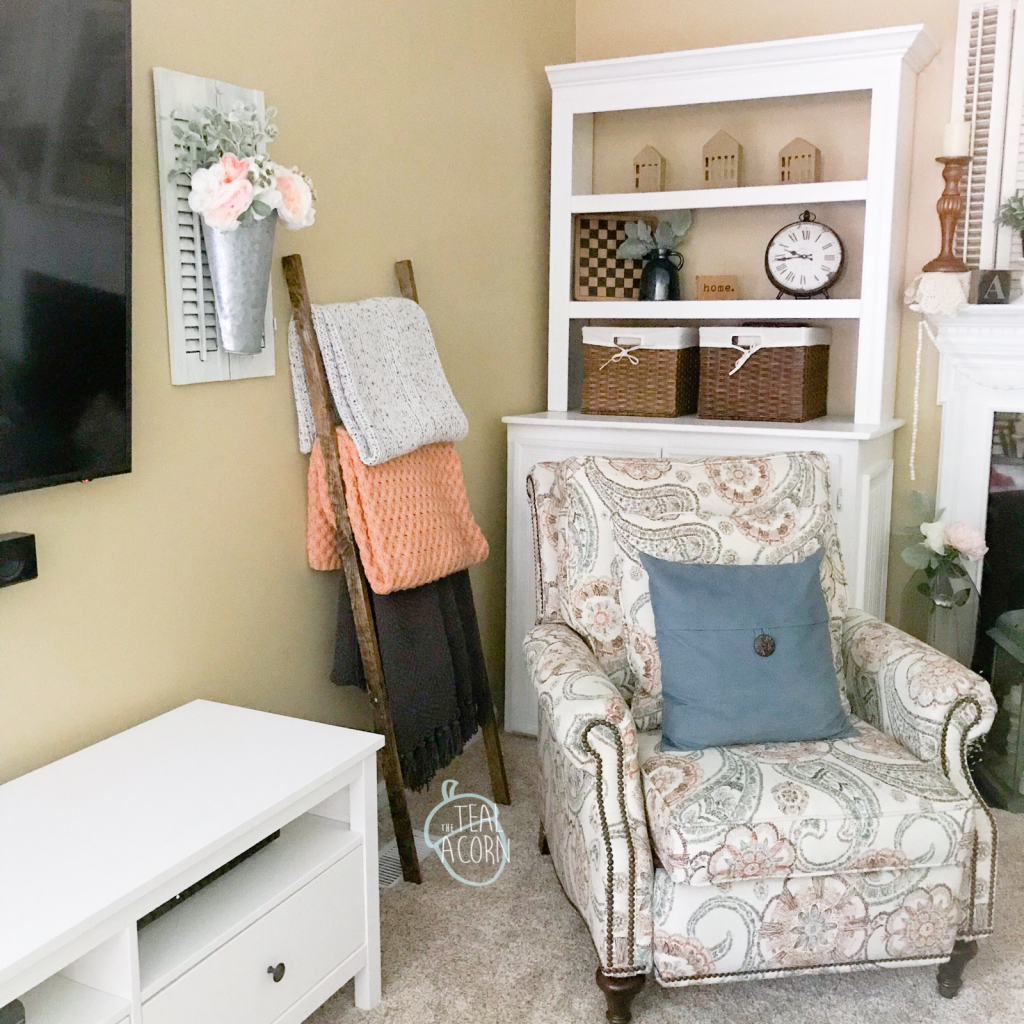 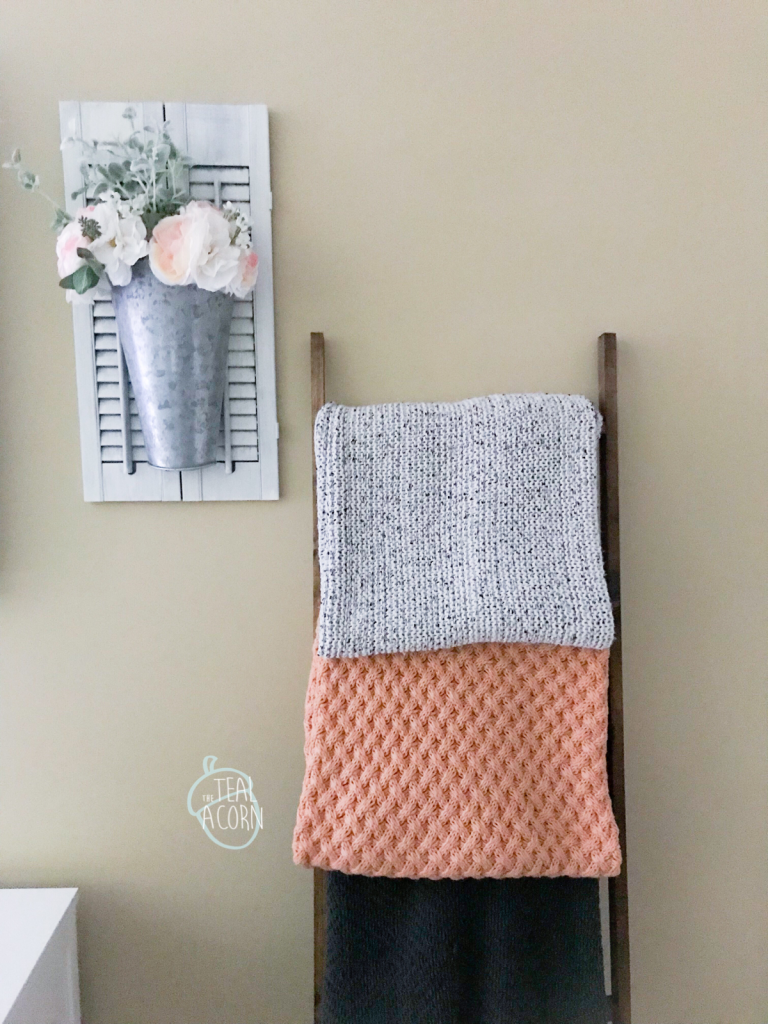